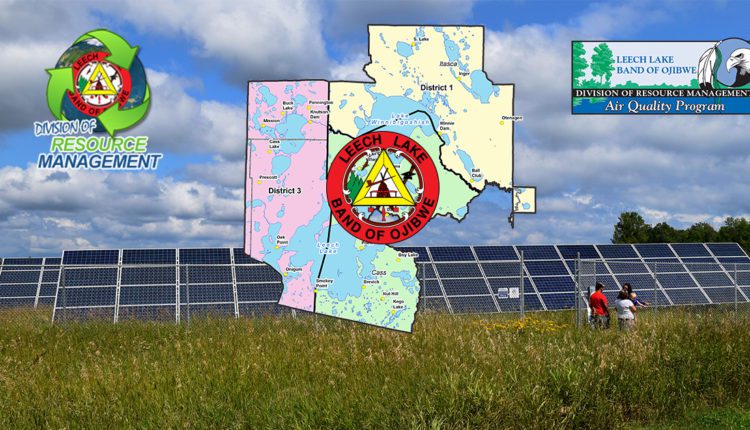 WASHINGTON D.C.-The Leech Lake Band of Ojibwe has been awarded funding for a new solar project.

The grant is funded by the U.S. Department of Energy (DOE), who announced on Tuesday March 22nd their plans to provide nearly $9 million in funding to 13 American Indian and Alaska Native communities for 14 projects that will harness their vast undeveloped solar, hydro and geothermal energy resources, reduce or stabilize energy costs, and increase energy security and resilience on tribal lands. This funding addresses President Biden’s goal of an equitable clean energy transition.

On Leech Lake the plan for the $700k includes installation of 534 kilowatts of solar panels to power Tribal buildings, saving over $2.5 million for the life of the systems. The grant was initially applied for in 2019. Buildings expected to be outfitted with the new solar arrays include: the Cedar Lakes Casino and Hotel, Leech Lake Tribal Justice Center and the Cass Lake Emergency Shelter.

“This is a success that shows when we work as a team at Leech Lake to pre-plan and promote energy conservation and energy sovereignty, things do come together. There’s a lot of work that went into this, and there’s a lot of work to come,  but the benefits to the band will be enormous,” said LLBO Interim Environmental Director Brandy Toft.

Collectively, the 14 selected projects awarded to 13 American Indian and Alaska Native communities are estimated to result in 3.3 megawatts of new clean energy generation, and over 3.6 megawatt-hours of battery storage, serve over 1,200 tribal buildings and provide a combined $48.5 million in savings over the life of the systems to these communities.

Since 2010, the DOE Office of Indian Energy has invested over $114 million in more than 200 tribal energy projects across  the contiguous 48 states and Alaska, valued at nearly $200 million. Through these grants, DOE’s Office of Indian Energy continues its efforts, in partnership with Native communities, to maximize the deployment of energy solutions for the benefit of American Indians and Alaska Natives.