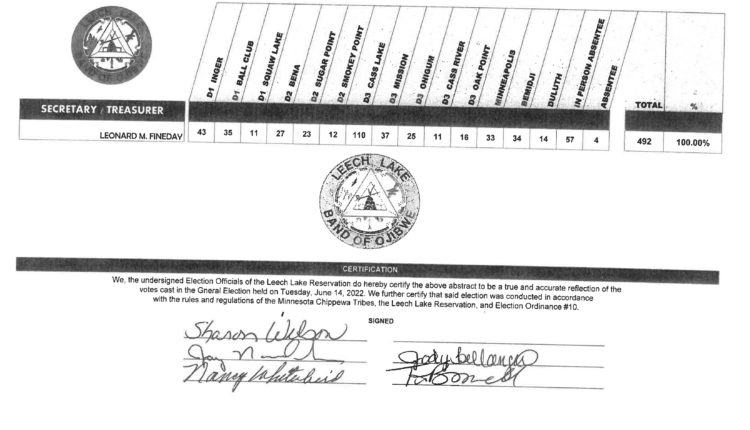 CASS LAKE, MN- The Leech Lake Band of Ojibwe Election Board has certified the results of the General Election held on Tuesday, June 14th, 2022. Leonard M. Fineday was elected Secretary/Treasurer with 492 votes received (100%).

Local Indian Council ballots were still being tallied at the time this article was published.

VIew all of the 2022 Election Results at: https://www.leechlakenews.com/election-information/