The Leech Lake Division of Resource Management (DRM) will be holding a series of informational meetings throughout the next seven months in an effort to keep community members engaged, informed and involved with environmental issues.

The first of these meetings was held Wednesday night at the Facility Center in Cass Lake, MN. It’s an opportunity for local residents to engage staff from the Environmental Department and get answers to any questions they may have. The meeting was hosted by Environmental Director, Levi Brown.

“Leech Lake is pushing pretty hard to make sure the community is involved and informed as we move forward,” he said at the beginning of the meeting.

The meeting opened with a discussion regarding Enbridge’s Line 3 Replacement Project which is currently moving through the approval process. Written comments submitted by the Band to the State of Minnesota were shared and discussed with the attendees. The different route alternatives being considered were explained and special consideration was given to Route Alternative 7 (RA-7) which would cut directly through the middle of the Leech Lake Reservation. While DRM is “90% confident” that the new pipeline will not be coming directly through the reservation, we must be cautious as there is still the small possibility they could choose that route, explained Levi Brown in response to a question. He also stated that Enbridge has a lease agreement for the existing pipeline route which will not expire until 2028.

Also discussed was the Anishinaabeg Cumulative Impact Assessment (ACIA). The ACIA was commissioned by the Minnesota Chippewa Tribe in March of 2017 in response to an Environmental Impact Statement being prepared by the State of MN which inadequately addressed Indigenous peoples concerns. Honor the Earth conducted the assessment and created the final document. Over 300 testimonies were submitted by tribal members and collected at a series of public meetings held last winter. These were used to “tell the tribal story” of the complex environmental, social and legal issues surrounding the Line 3 Replacement Project.

The full Anishinaabeg Cumulative Impact Assessment can be viewed on the MCT website at:  http://www.mnchippewatribe.org/impact_assessment.html

Michael Northbird, Environmental Program Manager for Minnesota Chippewa Tribe serves as coordinator for the ACIA electronic posting and comments web process and may be reached at 15542 State 371 NW, Cass Lake, MN 56633 or via telephone at his office: 218-335-8581 ext.128

Comments will be accepted through Friday, December 15, 2017. 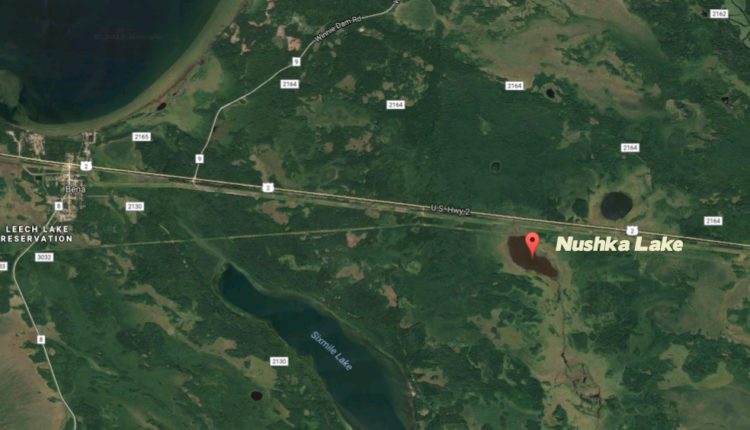 An upcoming mitigation project on Line 4 is being planned for this winter. The project involves removing about 1000 feet of pipe from Nushka Lake, east of Bena, MN, and moving it approximately 800 feet north. This mitigation project will help to lessen the impact of a possible pipeline leak on the environment in that area.

“It’s going to be 1000 feet of pipe that gets pulled out of this lake,” said Levi Brown, “We want to make sure the community knows that when they see people working out there, its not the big Line 3 replacement that we have been fighting against.”

The Line 4 mitigation project will begin in November with the majority of work expected to be completed in January or February of 2018 depending on weather conditions.

The next meeting has been scheduled for Thursday November 2 at the Facility Center in Cass Lake from 5:30-8:30. A meal will be provided. Everyone is welcome!