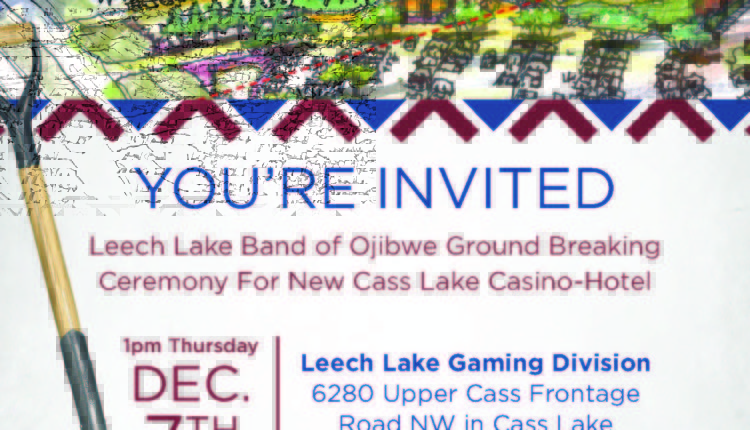 Leech Lake Gaming and the Leech Lake Tribal Council are excited to announce that a Groundbreaking Ceremony for the new Palace Casino will be held on Thursday, December 7 at 1:00 PM.

View this event on our Event Calendar.

Back in March of 2017, the Leech Lake Tribal Council voted to turn the decision making power on this proposed project over to the tribal citizenship.

On May 16, 2017 the referendum question passed with a resounding “Yes”. Approximately 78% of the votes cast were in favor of moving forward with the replacement project. Voters had the option of returning a paper ballot by mail or voting at one of the election precincts located throughout the reservation, and in Duluth and Minneapolis. A total of 1,244 “Yes” votes were cast with 341 votes cast for “No”.