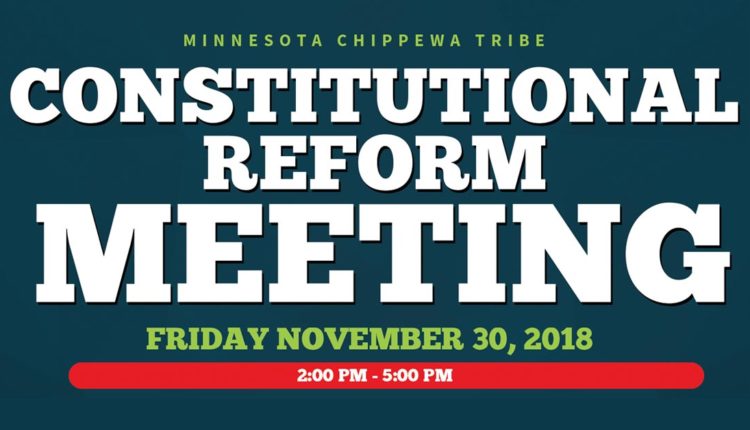 The Leech Lake Band of Ojibwe Government Relations Office is announcing a second public meeting for LLBO Band Members regarding the current status of constitutional reform efforts and delegate information at the MN Chippewa Tribe.