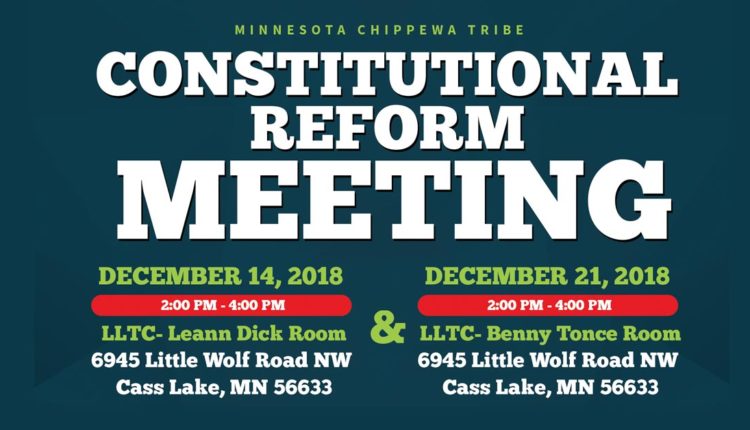 The Constitutional Reform meetings are progressing as we meet to share information, strategize on the best way to engage the community, and develop a process for selecting Leech Lake’s delegates to the upcoming MCT Constitutional Convention. This process has been led by Band-members, and the organic discussions have provided many valuable options to consider. Band member participation is important and needed!

Leech Lake has been asked to provide a list of 10 names to the MCT by December 31, 2018; this list will be Leech Lake’s first delegates to the convention. This deadline is coming up fast. We are currently exploring utilizing Local Indian Council Chairpersons as our first placeholder delegates while we continue to develop our message and strategy. Please take the time to come out to these meetings and let your voice be heard.