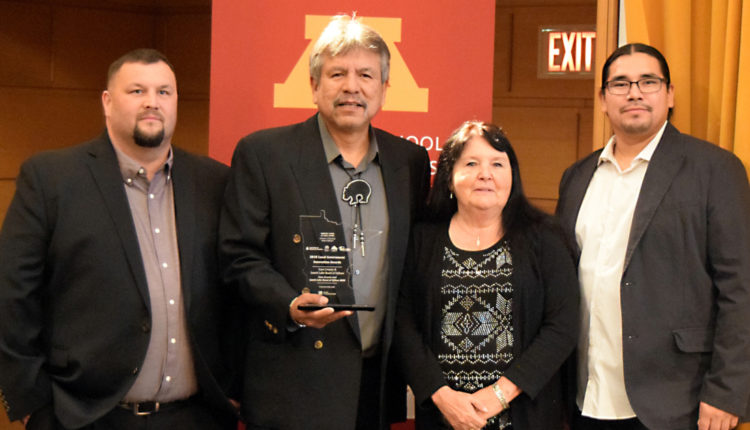 The award-winning Memorandum of Understanding (MOU) between the Leech Lake Band of Ojibwe and Cass County now in its sixth year, was one of four government projects nominated for the award. Leech Lake and Cass County will each receive a $5,000 grant from the Bush Foundation and a professional video highlighting their ongoing project. The memorandum of understanding written by Leech Lake and Cass County provides a framework for multi-level communication and cooperation between the county and the band for natural resource management, community and economic development.

MNDOT Tribal Liaison and Leech Lake Special Advisor on the project, Levi Brown says the memorandum is more than just a piece of paper.

“It’s not some document we brush off every year. The MOU is a living, breathing, organic thing. Meaning that every time a county official interacts with a tribal official—that MOU is in play.”

The memorandum itself was selected as judges saw the communication model as one that could be replicated in other Native Nations and create a widespread impact among other demographically diverse communities. Accepting the award on behalf of both Cass County and the Leech Lake Reservation during the ceremony was Tribal Chairman Faron Jackson.

“We’re building a partnership, and what it is—is a memorandum of understanding and I know the members understand it. The DOC was there—they were on board with it. The probation, the wellness coordinators. We’re really happy that we’re involved with Cass County on this MOU (memorandum of understanding) and we’re honored to receive this and I’m honored to be here on behalf of Leech Lake.”