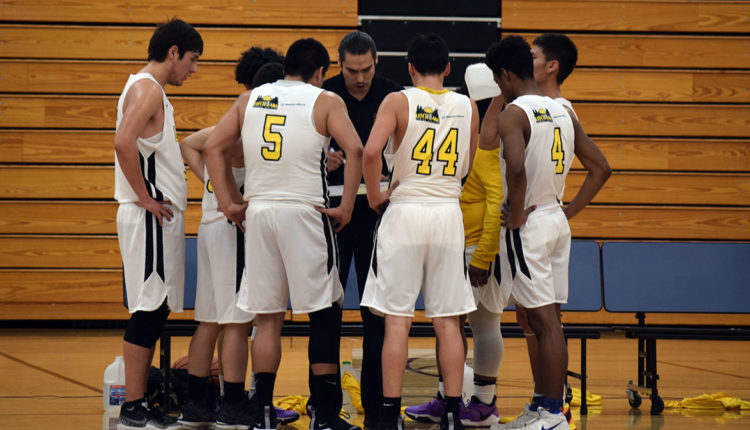 LLTC dominated their Saturday game but fell Sunday in their first conference loss (13-1) to the Red River College Rebels, after keeping a narrow lead over the Canadian team for the first three quarters of the two game series.

The Lakers came out ready to play during Saturday’s game, keeping a nearly even score for the first half of the game, ending the first quarter 41-40.

Second quarter started out shaky as the Lakers lost their narrow lead to the Rebels with 3 three-pointers right out the gate.  Freshman Arnold Kingbird led the Lakers back from a small deficit, scoring 12 points in the 20 minute period, giving the Lakers the momentum to take back their lead.

Also making their way onto the score board were Seniors Nathan Howard, Alvin Wind and Freshman Javon Rogers.

LLTC went home with a victory ending the game 80-74, but came up short Sunday ending the series 74-72.

The Lakers will play the Canadian Mennonite University Blazers January 18th and 19th at the Cass Lake-Bena High School, beginning Friday at 8pm and continuing Saturday at 2pm.