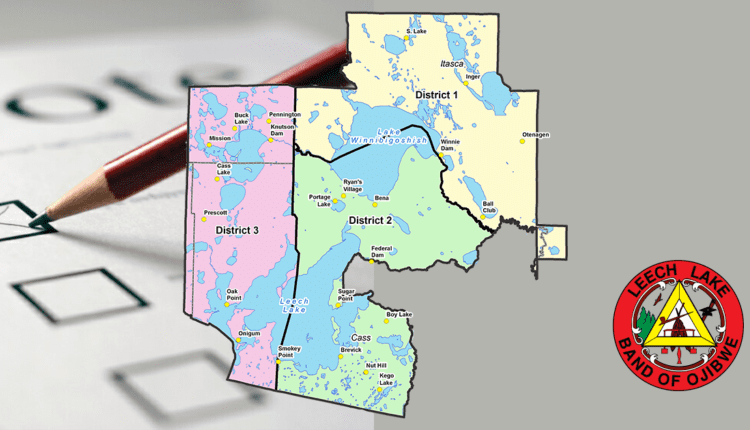 In the contest for Chairperson, five of the seven band members who filed were certified. Two were found ineligible due to criminal history in accordance with the MN Chippewa Tribe Election Ordinance. In the District III Committeeperson contest, three of four band members who filed for office were certified. The remaining person withdrew their filing request prior to the certification meeting.

Per the MCT Election Calendar for 2019-2020, the LLBO Tribal Council will submit the Notice of Certifications to the Tribal Executive Committee before February 10, 2020.

Any person who has filed a complete Notice of Candidacy can challenge the decision of the LLRTC by filing the appropriate documentation with the MN Chippewa Tribe. The MCT Tribal Election Court of Appeals will then convene and issue a decision on the certification or non-certification on February 18, 2020 or within 48 hours of the appeal.

Following resolution of any potential challenges and appeals, the MN Chippewa Tribe will issue the official Primary Election Notice on February 20, 2020.

Candidates for the 2020 Leech Lake Band of Ojibwe Tribal Election will appear on the ballot as follows:

Appointees to the 2020 General Election Board were also approved at the meeting and will be staffed as follows:

Leech Lake Band members will go to the polls on March 31, 2020 to decide who will advance to the General Election on June 9, 2020. Should a candidate secure more than 50% of the total votes during the Primary Election, they will be declared the winner and no General Election for that race will be held. Elected candidates will serve a four year term beginning in July 2020 and ending in 2024.

Check back for more election information at http://www.leechlakenews.com on February 20, 2020 when the MCT Election Notice is released.