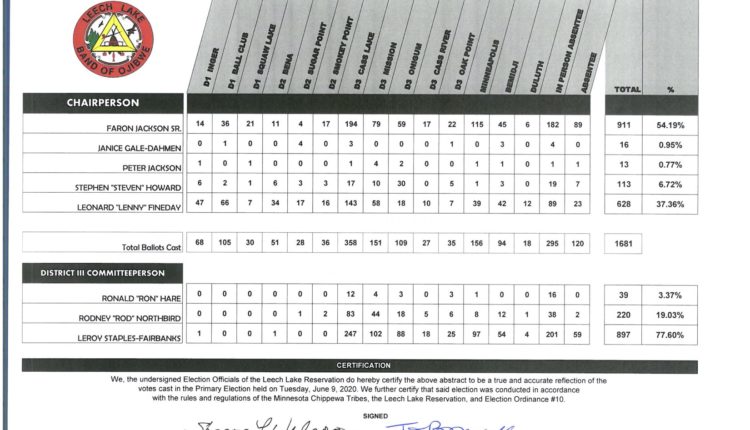 Cass Lake-The Leech Lake Band of Ojibwe Election Board has certified the results of the Primary Election held on June 9th, 2020.

In the contest for District III Representative, Leroy Staples-Fairbanks (Incumbent) received 897 votes or 77.60% defeating Rodney “Rod” Northbird who received 220 votes or 19.03%, and Ronald “Ron” Hare who received 39 votes or 3.37%.

Both prevailing candidates received over 50% of the vote during this primary election, and keeping in line with the MCT election ordinance, no general election for either position will be held. Elected candidates will serve a four year term beginning in July 2020 and ending in 2024.

Elections for Local Indian Councils and Leech Lake Housing Authority Board will be held On the General Election date, August 18, 2020. 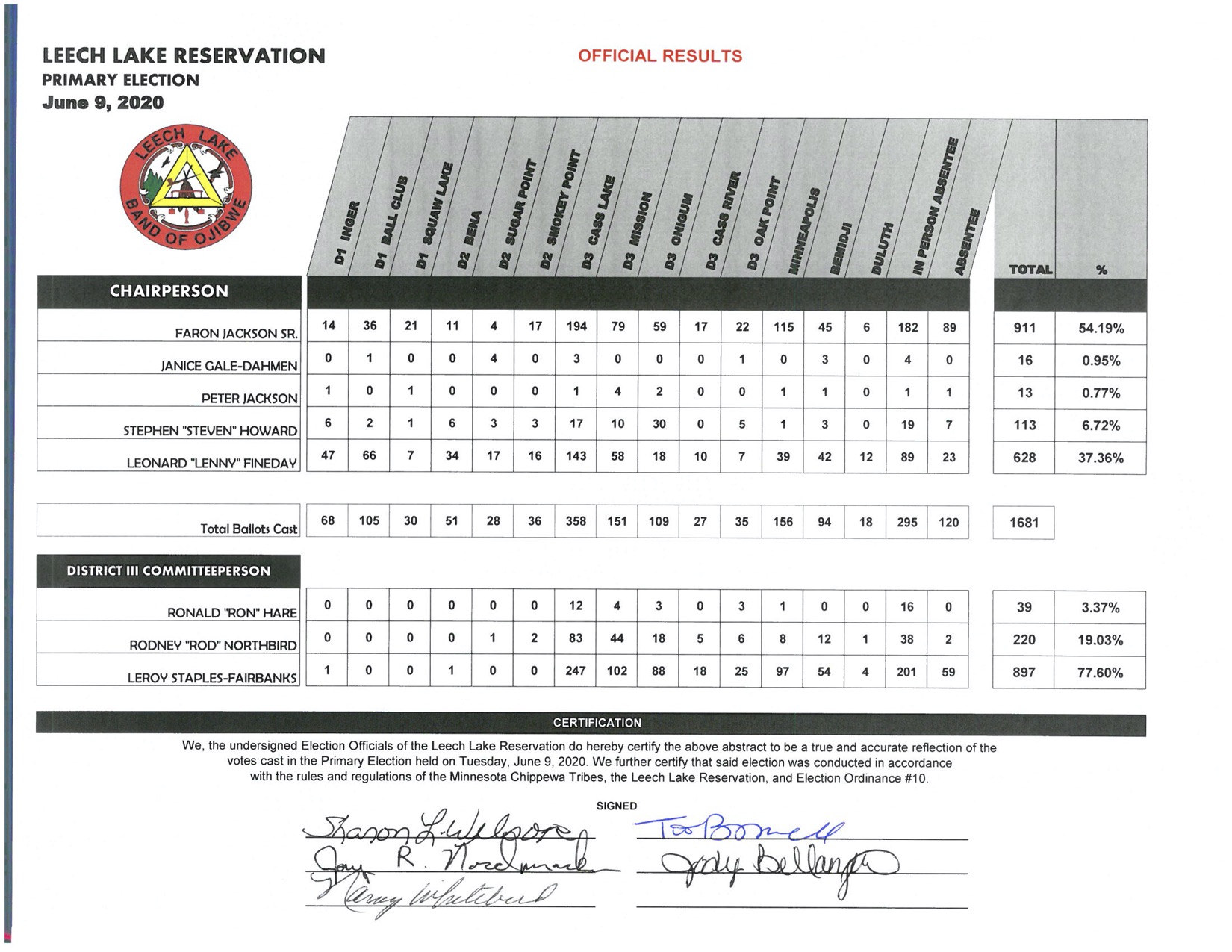