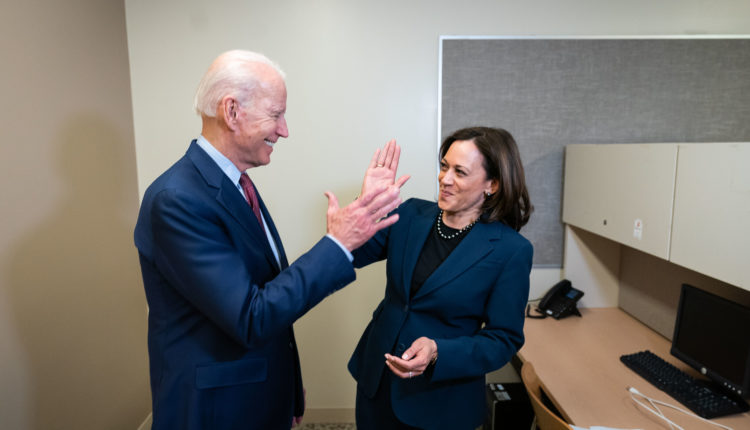 MEMORANDUM FOR THE HEADS OF EXECUTIVE DEPARTMENTS AND AGENCIES

American Indian and Alaska Native Tribal Nations are sovereign governments recognized under the Constitution of the United States, treaties, statutes, Executive Orders, and court decisions.  It is a priority of my Administration to make respect for Tribal sovereignty and self-governance, commitment to fulfilling Federal trust and treaty responsibilities to Tribal Nations, and regular, meaningful, and robust consultation with Tribal Nations cornerstones of Federal Indian policy.  The United States has made solemn promises to Tribal Nations for more than two centuries.  Honoring those commitments is particularly vital now, as our Nation faces crises related to health, the economy, racial justice, and climate change — all of which disproportionately harm Native Americans.  History demonstrates that we best serve Native American people when Tribal governments are empowered to lead their communities, and when Federal officials speak with and listen to Tribal leaders in formulating Federal policy that affects Tribal Nations.

To this end, Executive Order 13175 of November 6, 2000 (Consultation and Coordination With Indian Tribal Governments), charges all executive departments and agencies with engaging in regular, meaningful, and robust consultation with Tribal officials in the development of Federal policies that have Tribal implications.  Tribal consultation under this order strengthens the Nation-to-Nation relationship between the United States and Tribal Nations.  The Presidential Memorandum of November 5, 2009 (Tribal Consultation), requires each agency to prepare and periodically update a detailed plan of action to implement the policies and directives of Executive Order 13175.  This memorandum reaffirms the policy announced in that memorandum.

Section 1.  Consultation.  My Administration is committed to honoring Tribal sovereignty and including Tribal voices in policy deliberation that affects Tribal communities.  The Federal Government has much to learn from Tribal Nations and strong communication is fundamental to a constructive relationship.  Accordingly, I hereby direct as follows:

(a)  The head of each agency shall submit to the Director of the Office of Management and Budget (OMB), within 90 days of the date of this memorandum, a detailed plan of actions the agency will take to implement the policies and directives of Executive Order 13175.  The plan shall be developed after consultation by the agency with Tribal Nations and Tribal officials as defined in Executive Order 13175.

(b)  Each agency’s plan and subsequent reports shall designate an appropriate agency official to coordinate implementation of the plan and preparation of progress reports required by this memorandum.  These officials shall submit reports to the Assistant to the President for Domestic Policy (APDP) and the Director of OMB, who will review agency plans and subsequent reports for consistency with the policies and directives of Executive Order 13175.

(c)  The head of each agency shall submit to the Director of OMB, within 270 days of the date of this memorandum, and annually thereafter, a progress report on the status of each action included in the agency’s plan, together with any proposed updates to its plan.

(d)  The Director of OMB, in coordination with the APDP, shall submit to the President, within 1 year from the date of this memorandum, a report on the implementation of Executive Order 13175 across the executive branch based on the review of agency plans and progress reports.  Recommendations for improving the plans and making the Tribal consultation process more effective, if any, should be included in this report.

Sec. 2.  Definitions.  The terms “Tribal officials,” “policies that have Tribal implications,” and “agency” as used in this memorandum are as defined in Executive Order 13175.

Sec. 3.  General Provisions.  (a)  Nothing in this memorandum shall be construed to impair or otherwise affect:

(i)   the authority granted by law to an executive department or agency, or the head thereof; or

(ii)  the functions of the Director of the Office of Management and Budget relating to budgetary, administrative, or legislative proposals.

(b)  This memorandum shall be implemented consistent with applicable law and subject to the availability of appropriations.

(c)  This memorandum is not intended to, and does not, create any right or benefit, substantive or procedural, enforceable at law or in equity by any party against the United States, its departments, agencies, or entities, its officers, employees, or agents, or any other person.

Sec. 4.  Publication.  The Director of OMB is authorized and directed to publish this memorandum in the Federal Register.