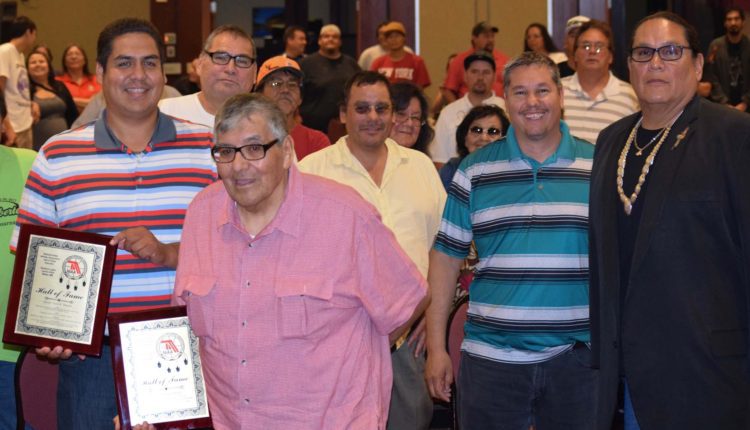 Friends, family and athletes gathered at the Northern Lights Casino to honor Henry “Crock” Harper, a coach, mentor and friend to many native athletes throughout the region.

His induction ceremony into the National Indian Athletic Association took place at the Northern Lights Casino in Walker, MN.

At the event hosted by Ernie Stevens Jr, Chairman of the National Indian Gaming Association he was recognized for his years of dedication and leadership towards youth sports in Indian Country.

He played a vital role in many organizations including coach, manager, trainer and promoter at Leech Lake Boxing. Coach and manager of the Minnesota Chipps Softball team. He also coached and ran numerous basketball leagues and Little League baseball teams. He organized All-Indian tournaments in Boxing, Basketball and Softball as well. These are just a few of the activities he was involved in throughout his life.

The ceremony also recognized several other Native athletes from the area who recently passed away including Erv Sargent, Eugene “Ribs” Whitebird and Don Cook. Family members were presented with a plaque memorializing their accomplishments.