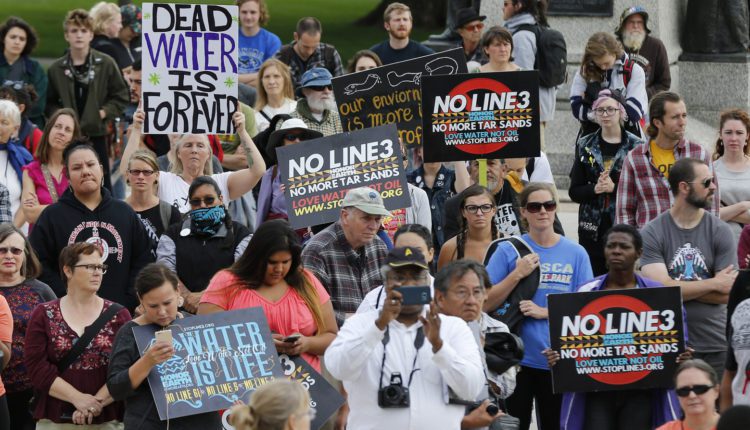 Supplemented by an oil market analysis from an independent energy consultant and a study of potential insurance coverage issues from an insurance expert, the comprehensive 338-page testimony concludes that Enbridge has not established a need for the proposed project in Minnesota as required under state rules.

Ultimately the final decision on whether to approve the project will be issued by the MN PUC.

“Oil market analysis indicates that Enbridge has not established a need for the proposed project; the pipeline would primarily benefit areas outside Minnesota; and serious environmental and socioeconomic risks and effects outweigh limited benefits”

Minnesota rules define specific criteria required to demonstrate the need for a large energy project such as the proposed new Line 3 project. These criteria include whether the project is needed for the “future adequacy, reliability and efficiency of energy supply.” Among the factors to be considered is the accuracy of the applicant’s forecast of demand for oil that would be supplied by the proposed pipeline, as well as the ability of current and planned facilities to meet future demand.

The oil market analysis prepared by London Economics International, a global energy economics consulting firm, finds that refineries in Minnesota and the Upper Midwest “have been operating at high levels of utilization, which indicates both they are not short of physical supplies of crude oil, and that they have little room to increase total crude runs.” The analysis also notes that Enbridge did not provide a sufficient analysis of future demand, and independently finds that “Minnesota demand for refined products appears unlikely to increase in the long term.”

The testimony also reviews other existing and planned pipelines in Canada and the U.S. and finds that they might be reasonable alternatives to a new Line 3, if a need is demonstrated.

In addition, the testimony analyzes what conditions the PUC should require if it does issue a certificate of need. These include a stronger emergency response plan; a more secure backup control center; thicker pipe throughout the length of the route; back-up power for shut-off valves; and insurance coverage and financial protections for clean-up of a major release and for decommissioning the pipeline at the end of its useful life.

The testimony also recommends that if a certificate of need is issued, regardless of its decision about removal of the existing Line 3 for its entire right-of-way, the PUC should (where it has regulatory authority) require Enbridge to remove all 223 segments (8,496 feet) of exposed pipeline in Minnesota. 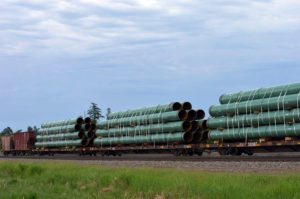 The testimony draws on a wide range of information sources. These include Enbridge’s own project application with expert testimony and responses to information requests, as well as the independent oil market analysis, the insurance study and the environmental impact statement prepared for the proposed project.

Next Steps in Process
Minnesotans will have the opportunity to offer input on the proposed Line 3 project during a public comment period this fall, including a series of public hearings presided over by an administrative law judge (ALJ) from the Office of Administrative Hearings. At the public hearings, the public will be able to submit comments, present evidence and ask questions about the proposed project.

In November, the ALJ will also hold an evidentiary hearing in Saint Paul for testimony and cross-examination of witnesses by the official parties to the proceeding.

After these hearings, the ALJ will submit a report to the PUC with findings of facts, conclusions of law and recommendations about issuing a certificate of need and a route permit for the proposed project.

Based on its current schedule, the PUC is expected to decide on Enbridge’s certificate of need and route permit applications in the spring of 2018.

Enbridge is also required to secure other permits from federal and state entities, as well as approvals from various tribal and local entities for activities, related to constructing and operating the project.