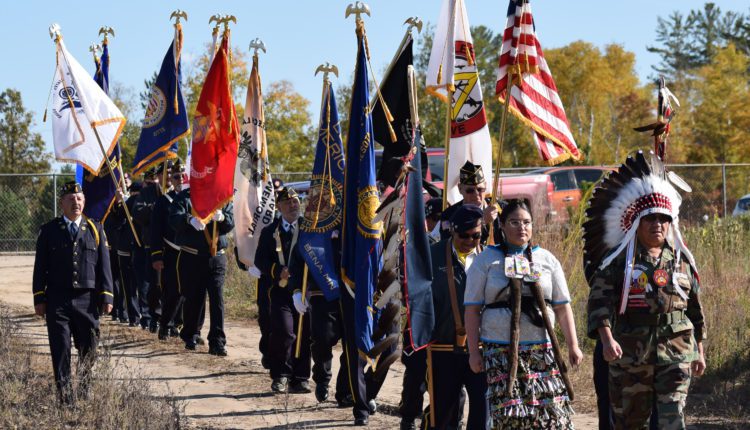 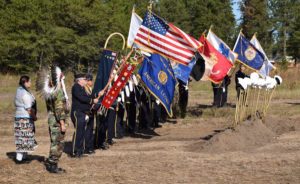 CASS LAKE, MN- Earlier this month, Tribal, State and Federal Officials along with Tribal Veterans and their families, gathered at the future site of the Tribal Veterans Cemetery for a groundbreaking and blessing event. 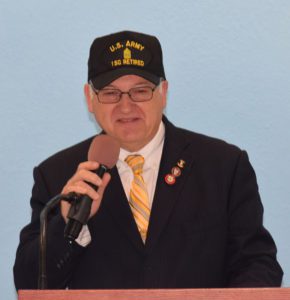 “All of us associated with the Veterans Cemetery Grants Program and your project, take genuine concern and pride in the establishment of the Tribal Veterans cemetery on Tribal Government lands. They offer a focal point for remembering those who have worn the cloth of the nation. Moreover, they provide a record for future generations to learn from. This land is where your warriors were born and where their stories begin to take shape and this cemetery is where they will return when life’s battles are done,” said George D. Eisenbach Jr, Veterans Cemetery Grants program Director in his remarks. He continued “Each one of the headstones and markers is going to tell a story. That’s history for your youth, history to keep your culture alive. So make sure you bring your children and grandchildren, your sons and daughters, to teach them that freedom isn’t free”.

The Tribal Veterans Cemetery will be constructed at the Veterans Memorial Grounds in Cass Lake, MN. In 2012 the Rosebud Sioux tribe was the first sovereign tribal nation to receive grant funding from this program. In addition to Leech Lake, the Standing Rock Sioux Tribe was also awarded a grant to fund a veterans cemetery in North Dakota during this years funding cycle. 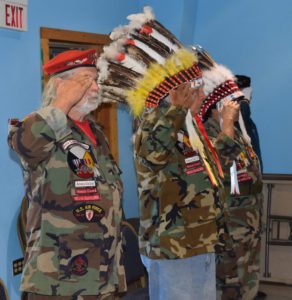