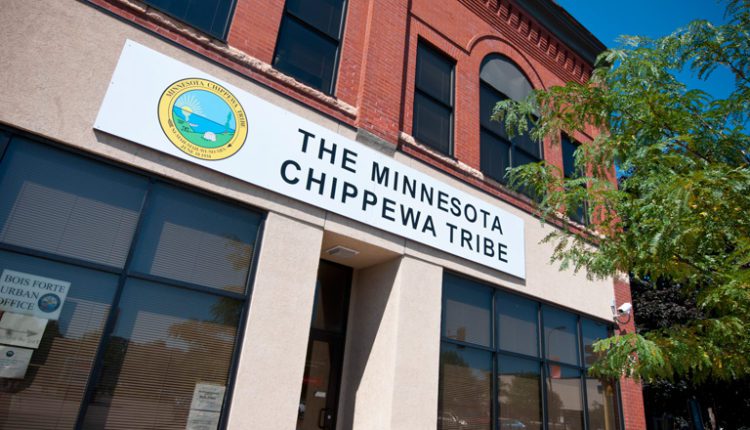 CASS LAKE, MN- Candidate filing is underway at reservations belonging to the MN Chippewa Tribe. Filing opened on January 12 at 8:00 AM and will close on January 22, 2018. Following Certification of the candidates in February and appointment of Election Boards on each reservation, the Primary Election will be held on April 3, 2018.

The position of Secretary-Treasurer along with two representative seats will be decided during this election cycle. On Leech Lake, the District I and II Representative seats are due for election along with the Secretary-Treasurer position. Any candidate who captures more than 50% of eligible votes cast during the Primary Election on April 3 will be declared the winner. If no candidate receives a majority of the votes on Primary Election Day, The top two candidates for each position will face off in the General Election which will be held on June 12, 2018. (The full Election Calendar is available at the bottom of this article)

The Tribal Executive Committee made several changes to the Election Ordinance in December 2017, The most significant was a change made to the order in which candidates will appear on the official ballot. Previously the candidates were listed by the order in which they filed. This often led to a rush at Tribal Offices when they opened on filing day. Under the amended ordinance, candidates will now be ordered on the ballot by a random lottery drawing. The word “Incumbent” will also be shown on the ballot behind any Tribal Council Member seeking reelection to their position.

Other changes include establishing a work schedule for Election Boards and a change in requirements for automated balloting systems. The balloting change was requested by the Bois Forte Band and supported by smaller tribes due to the financial burden placed on them by the automated balloting requirement. They will now have the option of hand counting ballots if they choose to.

Full text of changes to the MN Chippewa Tribe Election Ordinance as passed by the Tribal Executive Committee in December:

The Band governing body shall establish a work schedule sufficient for the Board to fulfill its duties.

December 20, 2017: Last day for sitting RTC member to give notice of resignation to file for other RTC office.

January 8, 2018: Last day for sitting RTC member to give notice of resignation to file for vacated RTC seat.

January 30: Selection of Election Court of Appeals Judge (For certification of candidate)

February 9: Deadline for Notice of Certifications to TEC.

February 14: Complete record of all documents related to challenge submit to Minnesota Chippewa Tribe by 4:30 p.m.

April 6: Deadline for Request for Recount. (Filed with General Election Board prior to 5:00 p.m.)

April 11: (Results, if Allowed or 9th or 10th. If earlier request) Deadline for Decision on Request for Recount and Results of Recount, if allowed

April 20: Deadline for Decision on Contest

April 23 (or within 3 days of decision on Contest): 4:30 p.m. – Deadline for Appeal to Court of Election Appeals. (Filed with the Executive Director of the Minnesota Chippewa Tribe and with Reservation Tribunal rendering Decision).

April 26 (or within. 3 days upon receipt of Notice to Appeal):  Record of Contest forwarded to Court of Election Appeals

April 30 (hearing within 7 days notice of appeal): Last Day for Hearing on Appeal

May 10 (10 days from hearing on appeal):  Last Day for Decision on Appeal

May 11: Notice of General Election

June 13: General Reservation Election Board certifies results of Election. Prior to 8:00 p.m.

June 15: Deadline for Request for Recount. (Filed with General Election Board prior to 5:00 p.m.)

June 19: 4:30 p.m. – Deadline for Notice of Contest. (Filed with Reservation Election Judge and Executive Director of the Minnesota Chippewa Tribe.) 3

June 29th: Deadline for Decision on Contest for General Election.

July 2nd (or within 3 days of decision on Contest):  4:30 p.m. – Deadline for appeal to Court of Election Appeals. (Filed with Executive Director of the Minnesota Chippewa Tribe and Reservation Tribunal rendering Decision).

July 5th (or within 3 days upon receipt of Notice to Appeal): Record of contest forwarded to Court of Election Appeals

July 9th: Winning candidates assume office by operation of law, unless sooner seated, or the election is subject of appeal to the Court of Election Appeals.

July 19 (or Ten days from Hearing on Appeal):  Deadline for decision of the Court of Elections Appeal.