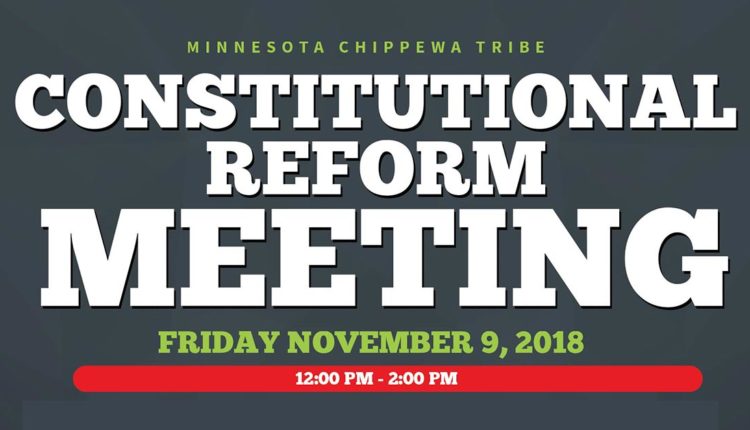 The Leech Lake Band of Ojibwe Government Relations Office is announcing a public meeting for LLBO Band Members regarding the current status of constitutional reform efforts at the MN Chippewa Tribe.

The informational meeting will be held on November 9, 2018 from 12:00 PM until 2:00 PM at Leech Lake Tribal College in the LeAnn Dick Lecture Hall (Oak Hall).