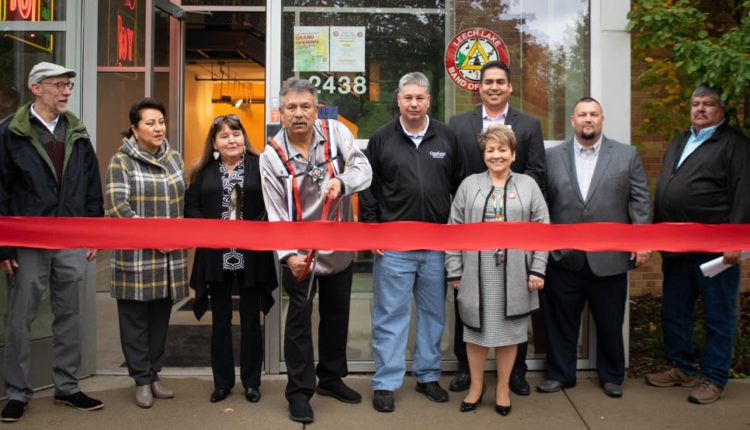 The Band purchased the new office space for $2.9 million earlier this year. Renovations were completed this month leading up to the grand opening of the new location on Friday. Tribal Chairman Faron Jackson who was present in Minneapolis for the official opening, said owning a building in Minneapolis is a huge step for the tribe.

“This is a historic day for our Urban Band Members, Twin Cities Office staff and our Tribe as a whole.” said Jackson. “Chi-Miigwech to all the staff who worked tirelessly to make this happen. The move from long-term renter to property owner will greatly benefit us all.”

The address for the new LL Twin Cities Office is 2438 27th Avenue South, Minneapolis, MN 55406. Offices are located on the second floor.

Following a dedication of the building, Tribal Chairman Faron Jackson Sr. gave the opening remarks for the quarterly meeting followed by a financial report from Secretary-Treasurer, Arthur LaRose. The report features financial data from both government and gaming operations.

Last on the agenda were presentations from Division Directors in attendance on their activities over the past three months, as well as time dedicated for audience members to address the council directly with their ideas and concerns for the band.

The Quarterly Meetings are held every three months on a rotating schedule between each district on the reservation. The next Quarterly Meeting will be held in January. All band members are welcome and encouraged to attend.