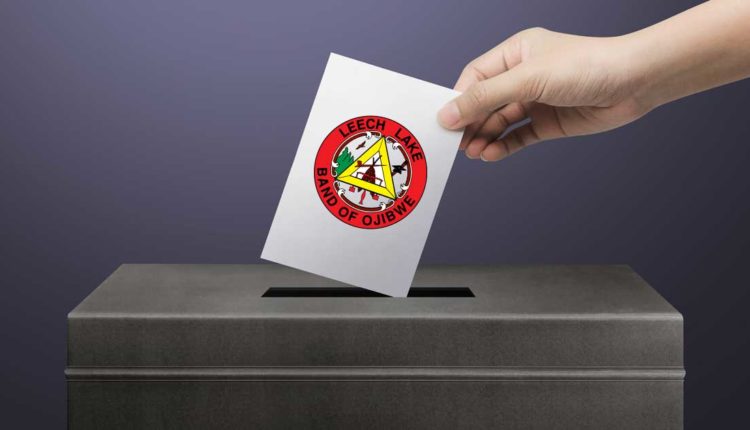 Update 03/10/22: On February 16, 2022 the MN Chippewa Tribe Tribal Election Court of Appeals issued a decision on a challenge to the certification of incumbent Secretary-Treasurer Arthur LaRose. The court overturned his certification and found Mr. LaRose ineligible to run for office in the 2022 election. The MCT Tribal Executive Committee held a special meeting on March 10, 2022 to review issues surrounding this decision. The meeting was adjourned without any action taken. The June General Election for Secretary-Treasurer is now expected to take place with only one candidate, Leonard M. Fineday, appearing on the ballot.

CASS LAKE, MN- At a special meeting on Wednesday, February 9, 2022 the Leech Lake Tribal Council certified candidates for the 2022 Tribal Elections. Names were also drawn to determine the order in which candidates will appear on the ballot.

In the race for Secretary-Treasurer, the following candidates were certified to run and will appear on the ballot in the following order:

Due to only having two candidates in this race, they will not appear on the April Primary Ballot and both will advance to the General Election on June 14, 2022.

In the race for District I Representative, the following candidates were certified and will appear on the ballot in the following order:

In the race for District II Representative, the following candidates were certified and will appear on the ballot in this order:

Candidates for the offices of District I and District II Representative will appear on the Primary Election ballot in April. In these races, the top two vote getters in each contest will move forward to the General Election in June 2022. Should a candidate receive more than 50% of the vote during the Primary Election, that candidate will be declared the winner and no General Election for that position will be held.

Per the MCT Election Calendar, the LLBO Tribal Council will now submit the Notice of Certifications to the Tribal Executive Committee before February 10, 2022.

Any person who has filed a complete Notice of Candidacy can challenge the decision of the LLRTC by filing the appropriate documentation with the MN Chippewa Tribe. The MCT Tribal Election Court of Appeals will then convene and issue a decision on the certification or non-certification by February 22, 2022. Elected candidates will serve a four-year term beginning in July 2022 and ending in 2026.

Following resolution of any potential challenges and appeals, the MN Chippewa Tribe will issue the official Primary Election Notice on February 24, 2022.

Check back for more election information at http://www.leechlakenews.com on February 24, 2022 when the MCT Primary Election Notice is released.

Candidate Certification Meeting to be held February 9 in Cass Lake