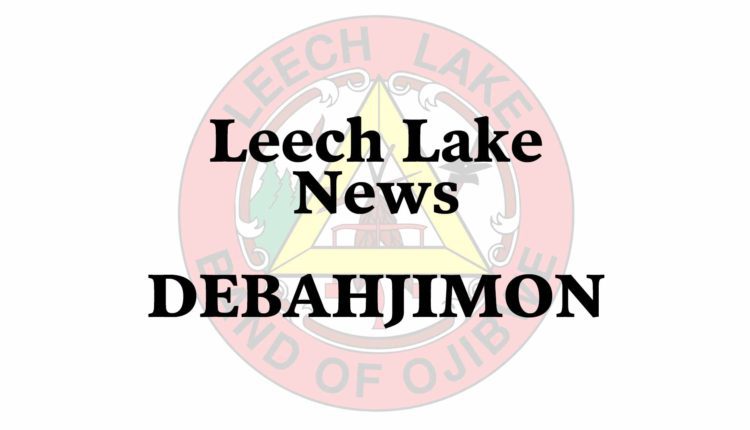 Cass Lake, MN- On Monday October 16, the Leech Lake Band of Ojibwe received a $250,000 grant from the Shakopee Mdewakanton Sioux Community. The grant will be used to help fund construction of a new community center in Onigum, MN.

“It’s been a long road and we’re very happy that we have finally reached this point. Our outlying communities feel like they have been neglected over the years and it is a great feeling to bring this new gathering space to our band members. We hope that the new building and services that are going to be offered there will help strengthen the community both mentally and physically,” said Faron Jackson Sr, Leech Lake Band of Ojibwe Chairman.

The Onigum community center will feature an indoor basketball court and locker rooms, saunas, kitchen/ENP, clinic, community rooms for meetings and an elder space, a learning center with access to technology/Internet for community classes and distance learning through the Leech Lake Tribal College or other institutions of learning, among other amenities. Construction of the community center began in August and is expected to be completed by January 2018.

About the Shakopee Mdewakanton Sioux Community

The Shakopee Mdewakanton Sioux Community is a federally recognized, sovereign Indian tribe located southwest of Minneapolis/St. Paul. With a focus on being a good neighbor, good steward of the earth, and good employer, the SMSC is committed to charitable donations, community partnerships, a healthy environment, and a strong economy. The SMSC and the SMSC Gaming Enterprise (mystic Lake Casino and Little Six Casino) are the largest employer in Scott County. Out of a Dakota tradition to help others, the SMSC has donated nearly $300 million to organization and causes since opening the Gaming Enterprise in the 1990s and has contributed millions more to regional governments and infrastructure such as roads, water and sewer systems, and emergency services.

About the Leech Lake Band of Ojibwe

The Leech Lake Band of Ojibwe is committed to the responsible operation of government, preservation of our heritage, promotion of our sovereignty, and the protection of natural resources for our elders and future generations, while enhancing the health, economic well-being, education, and our inherent right to live as Ojibwe People.