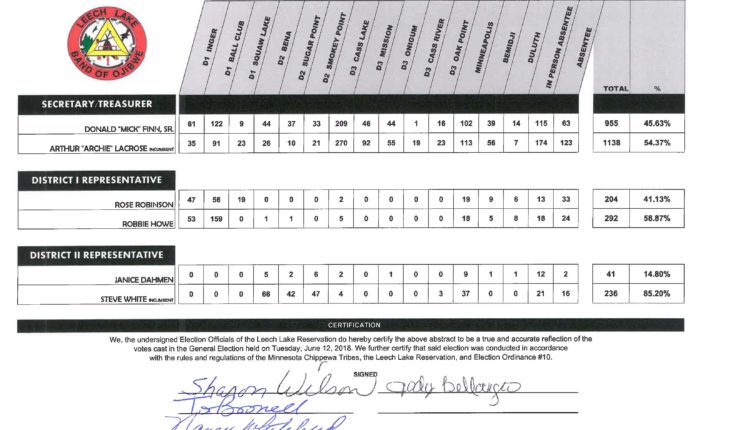 Cass Lake, MN- The Lake Band of Ojibwe Election Board has certified the results of the General Election held on June 12, 2018.

In the contest for District I Representative, Robbie Howe received 292 votes or 58.87% defeating Rose Robinson who received 204 votes or 41.13%. 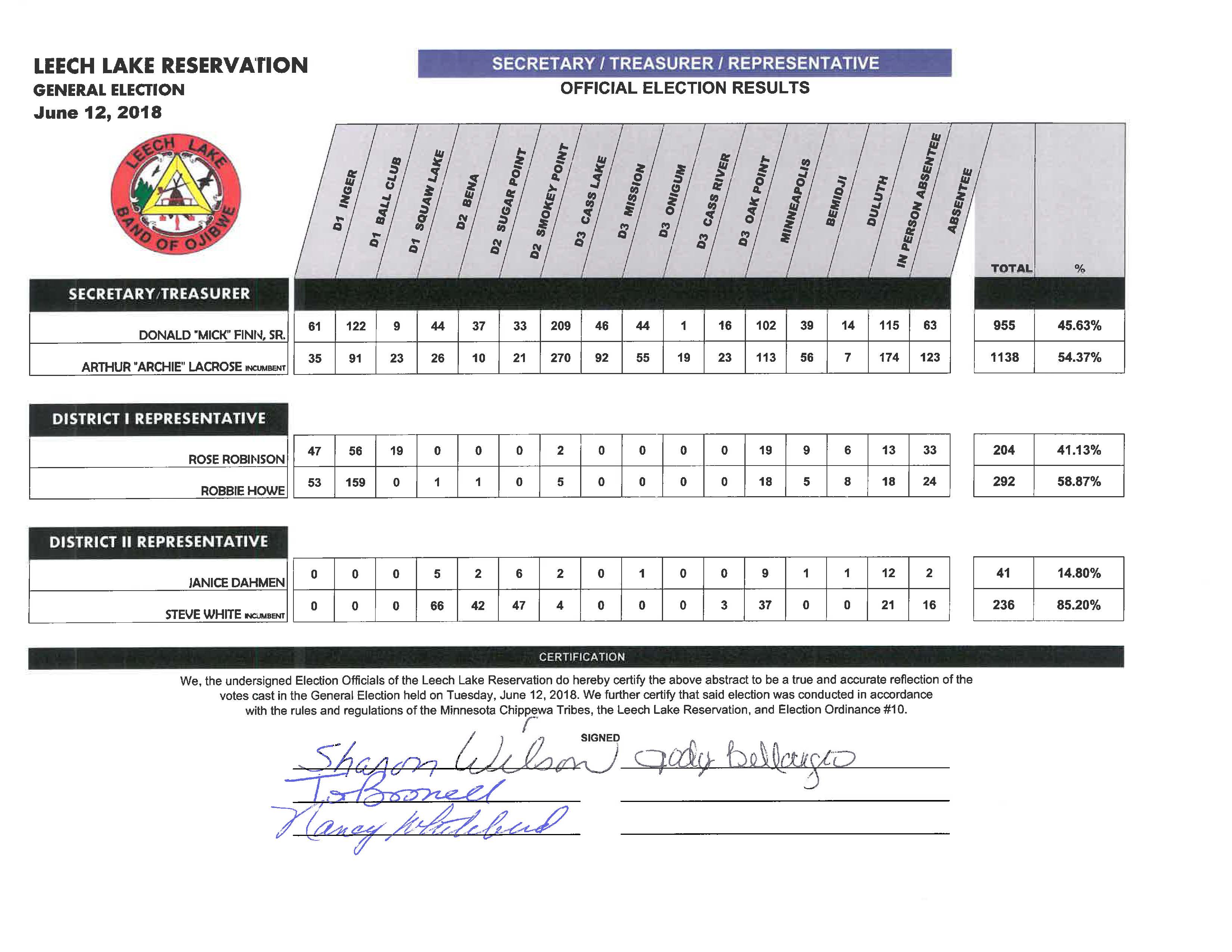