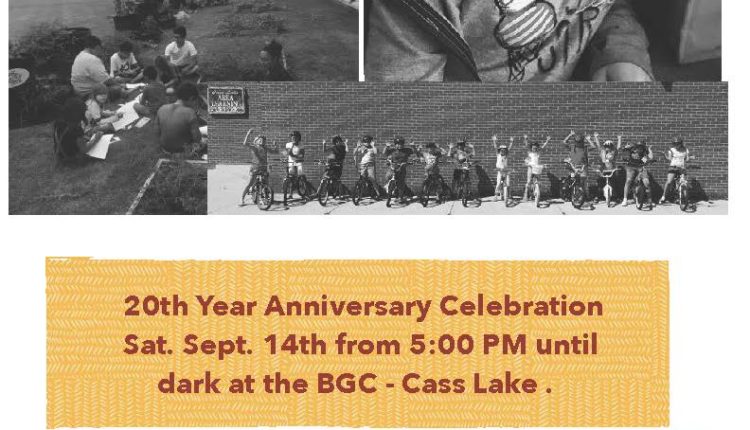 Cass Lake-The Boys and Girls Club of the Leech Lake area is celebrating the 20th anniversary of its charter on Saturday, September 14th.

The anniversary celebration is expected to include a game area for children, arts festival, outdoor movie and a police vs club member kickball game. The Cass Lake-Bena Drum and Dance troupe, and Northern Dream Gymnastics will both be having showcases at the event.

The club which began through a grassroots effort by local youth and community members has since expanded into four separate locations on the Leech Lake Reservation, in Cass Lake, Onigum, Walker, and Deer River. The organization serves more than 950 members, ages 6-18 through after school and summer programming that covers development in five core areas. These areas include; health skills, character development, arts, sports, education & career.

Leech Lake, Boys and Girls Club Resource Development Director Cate Belleveau, who has been planning the anniversary event, encourages everyone to stop by Saturday and celebrate alongside club members.

“This event is about celebrating the many years of supporting the youth in this community. The club has made a difference in many kids lives and that’s a reason to celebrate,” said Belleveau.

The club will also be giving away door prizes for band members who are doing payroll deductions, that will be drawn in late September. There will also be meals will be available for purchase. 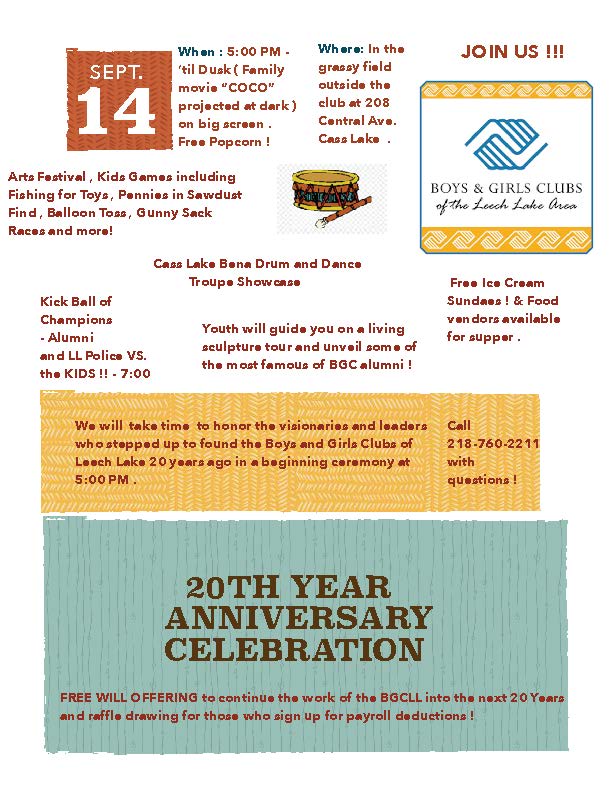