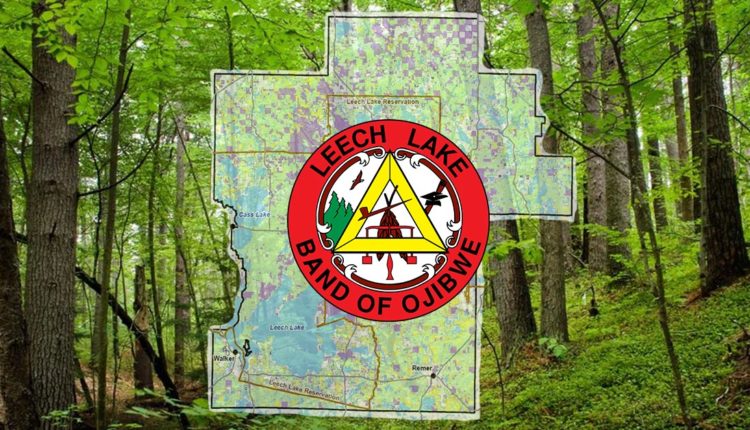 The bill directs the Chippewa National Forest to transfer 11,760 acres of Forest Service lands to the Department of the Interior to be held in trust for the Leech Lake Band of Ojibwe as part of the Reservation. The lands to be transferred back to the Reservation were illegally transferred by the Interior Department to the Chippewa National Forest in the 1940s and 50s without consent of the Band or individual allottees.

During this period the Bureau of Indian Affairs (BIA) wrongly interpreted an order from the Department of the Interior (DOI), which led them to believe they had the authority to sell tribal land without the consent of a majority of the landowners. The practice came to an abrupt end in 1959 when the Secretary of the Interior advised the BIA that they were illegal and ordered them to cease the transactions.

A 1986 Supreme Court Decision (UNITED STATES v. MOTTAZ, 476 U.S. 834) ruled that landowners who had lost land in this manner were prevented from seeking legal recourse due to a 12 year statute of limitations clause in the Quiet Title Act of 1972.

The bills acknowledge this decision but also recognize the ruling of a Federal judge who stated that the land could be restored to tribal trust status for members through an act of Congress.

During today’s House floor debate on S. 199, Rep. McCollum and Rep. Pete Stauber made statements about the tragic history of these land takings, speaking in favor of the bill, and urging their colleagues to support its passage.

The bill previously passed the U.S. Senate by unanimous consent in June of 2019. S. 199 now goes to the White House for the President’s signature.

Chairman Jackson provided the following statement upon passage of the bill:

The Leech Lake Band of Ojibwe Tribal Council and our entire community say chi-miigwech to Senator Smith, Rep. McCollum, and everyone who helped this longstanding effort to pass the Leech Lake Reservation Restoration Act.

Our Reservation was established through a series of treaties and executive orders from 1855 to 1874, which promised that it would serve as our permanent homeland. The United States violated these solemn promises repeatedly, reducing our trust lands to 5 percent of our initial Reservation. Additional lands were illegally transferred out of trust in the 1940s and 50s. The Leech Lake Restoration Act focuses on these illegal transfers by restoring 11,760 acres of our homelands to tribal trust status.

Restoring this small portion of our homelands will enable us to combat the lack of housing and related problems that have been highlighted as urgent needs by the ongoing pandemic.

We look forward to working with the Chippewa National Forest to finalize the plan of survey required under the Act to ensure that transferred lands address the immediate needs of the Band in keeping with the Forest Service’s policy of limiting fragmentation of federal land holdings.

Passage of this bill helps restore a sense of justice that generations of Leech Lakers have worked to achieve. Our entire community rejoices today, and we again thank Senator Smith, Rep. McCollum and everyone that helped make this day a reality.

Full text of the bills are available here: